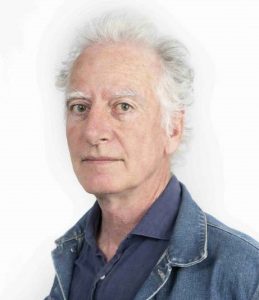 Stephen Hyde is in the School of Chemistry, University of Sydney. He is interested in self-assembly of structures, particularly those with interesting topologies and the genesis of geometrical structure (e.g. solid and liquid crystals, melts) from local constraints. In the past few years he has been exploring tangling of one-dimensional threads, giving for example knots or infinite weavings, as well as tangled nets. The work is fundamental, but is motivated by tangled materials in nature, from RNA to synthetic metal-organic molecules and frameworks. 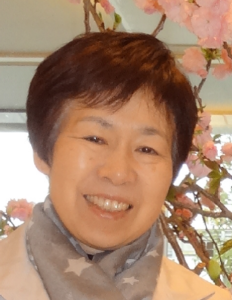 The 2022 IACIS Life Time Achievement Award has been awarded to Professor Kazue Kurihara, Tohoku University, Japan for her outstanding research on surface force measurements, including major innovations, which have broadened the range and scope of the technique. Professor Kurihara has also been instrumental in encouraging young scientists and by dedicated work promoting our society.

Among Prof Kurihara’s major achievements is developing the surface force apparatus for opaque samples, which is used for electrochemistry and fluorescence spectroscopy, as well as for studying ice. She has been active in promoting colloid and interface science through, for example, membership of editorial boards and numerous international collaborations. She was elected as a council member of IACIS in 2006, president-elect in 2009 and president from 2012 to 2015. In 2012, she was chair of IACIS2012 in Sendai. Her achievements have been internationally recognized by various awards including 2013 IUPAC Distinguished Women in Chemistry or Chemical Engineering Award, and the A.E. Alexander Lectureship Award 2011 from the Australasian Colloid and Interface Society. She has been an elected member of Science Council of Japan since 2005 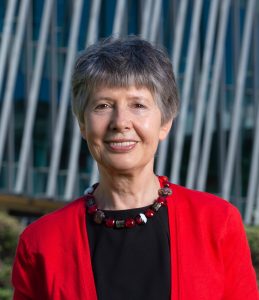 Lidia Morawska is Distinguished Professor at the Queensland University of Technology in Brisbane, Australia, and the Director of the International Laboratory for Air Quality and Health at QUT, which is a Collaborating Centre of the World Health Organization on Research and Training in the field of Air Quality and Health. Lidia also holds positions of Adjunct Professor, Institute for Environmental and Climate Research (ECI), Jinan University, Guangzhou, China, of Vice-Chancellor Fellow, Global Centre for Clean Air Research (GCARE), University of Surrey, UK, and is a co-director of the Australia-China Centre for Air Quality Science and Management She conducts fundamental and applied research in the interdisciplinary field of air quality and its impact on human health and the environment, with a specific focus on science of airborne particulate matter. She is a physicist and received her doctorate at the Jagiellonian University, Krakow, Poland for research on radon and its progeny.  An author of over eight hundred journal papers, book chapters and refereed conference papers, Lidia has been involved at the executive level with a number of relevant national and international professional bodies, is a member of the Australian Academy of Science and a recipient of numerous scientific awards. 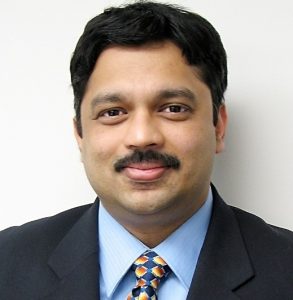 Srinivasa (Srini) Raghavan is a Professor at the University of Maryland, where he heads the Complex Fluids and Nanomaterials Group (http://complexfluids.umd.edu). His contributions to colloid and polymer science include various smart fluids (e.g., fluids whose viscosity can be reversibly switched a million-fold by light), hydrogels (e.g., one that rapidly expands in seconds), capsules (e.g., those with multiple layers or compartments) and biomaterials (e.g., polymers that gel blood). A technology invented in his lab to stop bleeding has been translated into a product (Rapid-Seal Wound Gel) that is available in pharmacies.

Susan Perkin is Professor of Physical Chemistry and Fellow of Trinity College, Oxford. She studied at St. John’s College, Oxford (MChem 2002) and Balliol College, Oxford (DPhil 2006; Jowett Senior Scholar), spending much of her DPhil as visitor at the Weizmann Institute of Science. Susan currently leads a research team with interests in the physics and physical chemistry of concentrated electrolytes and ionic liquids, molecular mechanisms of friction and lubrication, field and confinement effects on confined liquids, and controlling surface forces.

Valeria Molinero is the Jack and Peg Simons Endowed Professor of Theoretical Chemistry and Director of the Henry Eyring Center for Theoretical Chemistry at the University of Utah. She completed her PhD at the University of Buenos Aires in 1999. Valeria uses computer simulations, statistical mechanics and develops novel models to investigate the interplay between microscopic structure, dynamics and phase transformations in a variety of disordered materials including nucleation of bubbles, crystals and clathrate hydrates and the effect of nanoconfinement on liquid structure. 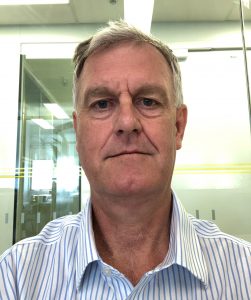 Professor Paul Burn is a Fellow of the Australian Academy of Science and Royal Society of Chemistry. He is currently a Professor of Chemistry, Head of the Centre for Organic Photonics & Electronics, and holds an UQ Laureate Fellowship at The University of Queensland, Australia. He received his PhD from the University of Sydney before moving to Cambridge University during which he held the Dow Research Fellow at Christ’s College, Cambridge, England. In 1992 he moved to the University of Oxford and then in 2007 to The University of Queensland as an Australian Research Council Federation Fellow. His research focuses on the development of organic (opto)electronic materials and their application in technologies such as thin film photovoltaic devices and photodiodes, organic light-emitting diodes for displays and lighting, and sensors. He co-founded Cambridge Display Technology Ltd and Arborescent 2 Ltd, and developed the key technology for the Oxford University spin-out company, Opsys Ltd. 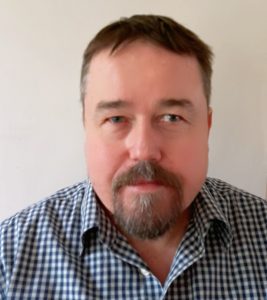 Peter Kingshott is Professor of Surface Engineering in The Department of Chemistry and Biochemistry at Swinburne University of Technology in Melbourne. He is also Deputy Director of the ARC Industrial Training Centre in Surface Engineering for Advanced Materials (SEAM). He completed his PhD at the University of New South Wales and CSIRO. He was a postdoc at CSIRO, University of Washington and RWTH Aachen before becoming a Senior Scientist at the Danish Polymer Centre at Riso National Laboratory. He became an Associate Professor at the Interdisciplinary Nanoscience Centre (iNANO) at Aarhus University, Denmark before joining Swinburne in 2010. His research focusses on controlling the interfacial interactions of biological matter (biomolecules, bacteria and mammalian cells) with advanced material surfaces, including 1, 2 and 3D surface micro- and nanopatterning. Application areas include: medical implants, infection control, tissue engineering and regenerative medicine, and industrial biofouling. 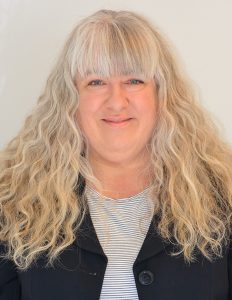 Dr. Janet A. W. Elliott is a University of Alberta Distinguished Professor and Canada Research Chair in Thermodynamics in the Department of Chemical and Materials Engineering. Dr. Elliott’s research interests include thermodynamics, transport, surfaces, colloids, cryobiology, and cryopreservation. Dr. Elliott currently serves as Editor-in-Chief of the journal Cryobiology, on the Editorial Advisory Boards of The Journal of Physical Chemistry and Langmuir, and on the Editorial Board of Advances in Colloid and Interface Science. Dr. Elliott is one of two winners of the 2022 Langmuir Lectureship of the American Chemical Society. Dr. Elliott will co-chair the 18th International Association of Colloid and Interface Scientists (IACIS) Conference to be held jointly with the 98th American Chemical Society (ACS) Colloid and Surface Science Symposium in Edmonton, Alberta, Canada, June 22–27, 2025.

Dr. Qin Li is a professor at Environmental Engineering and Research Leader at Queensland Micro- and Nanotechnology at Griffith University. She obtained her PhD in Chemical Engineering at the University of Queensland (2002).  Her research interests span from nanocarbons, colloids and interfacial engineering, to wide application fields in water, energy and healthcare. Qin was a Marie Curie Fellow hosted by Max Planck Institute for Polymer Research (2006 – 2008), and a finalist of Women in Technology in 2020. She has edited 2 books, and co-authored over 6 book chapters, 110 journal papers and 4 international patents with an h-index of 43. 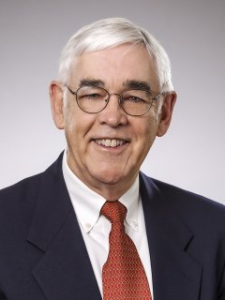 Bob Prud’homme is Professor of Chemical and Biomolecular Engineerng at Princeton University. He received his BS at Stanford University and his PhD from the University of Wisconsin at Madison under Professor Bob Bird. He has served on the executive committees of the American Institute of Chemical Engineers Materials Science Division and the U.S. Society of Rheology.  He has served as the chair of the Technical Advisory Board for Material Science Research for Dow Chemical Company, which directs Dow’s materials research programs, and he was on the Board of Directors of Rheometric Scientific Inc., the leading manufacturer of rheological instrumentation. His awards include the NSF Presidential Young Investigator Award, Princeton School of Engineering and Applied Science Outstanding Teaching Award, the Sydney Ross Lectureship at RPI, the Bird,Stewart and Lightfoot Lecturer at the University of Wisconsin, and the Midland Macromolecular Institute Visiting Professor in Midland Michigan. He is currently the Director of the Princeton-University of Minnesota-Iowa State NSF NIRT Center on nanoparticle formation. His research interests include rheology and self-assembly of complex fluids with the goals of understanding how weak molecular-level interactions can be used to tune macroscopic bulk properties and phase behavior

Register to attend the Conference today!